The History of Botec

On the occasion of the 25th anniversary of our process control system Botec, we spoke to Hartmut Fahrner, a qualified
C programmer and one of the original Botec developers, who was happy to share some fascinating insights with us. Find out here how the system has developed over the years, what became of the original team, and what exceptional projects our colleague has been part of in the beverage and liquid food industry.

When did you join the group, and how long have you been working on Botec?

I joined the company straight from university in September 1994, where I studied Electrical Engineering with a major in Information Technology. At the time, it was a friend mine who gave me the tip about Steinecker, which is now Krones. I applied and got the job! I quickly found my way into the Botec team, which was a brand new and had just been put together at that time. I have stayed there ever since.

The same core team that looks after the development side of Botec today already helped to create the process control system back then.There was another C programmer next to me and someone who was responsible for programming the programmable logic controller, as well as, a little later, a colleague who took care of the data acquisition and analysis. Today, a total of ten colleagues work on continued development of Botec.

Real aids, like the ones we are familiar with today and make our work a great deal easier, were not really available then. At the time, we handled data with diskettes (3.5” floppy disks), which had a storage capacity of around 1.4 MB. That is about half the capacity you would need to store a three-minute song. Initially, we didn’t use Windows as our operating system, but something called QNX 2. We had to create and test the source code directly, without any programming support with tools that look stone-aged from today's point of view. This is something that is impossible to imagine these days. There was also no Internet in the company.

Can you put into a single sentence what it is that makes Botec special?

With the aid of Botec we can visualise, plan, control, monitor, document and evaluate every single step in the production chain. 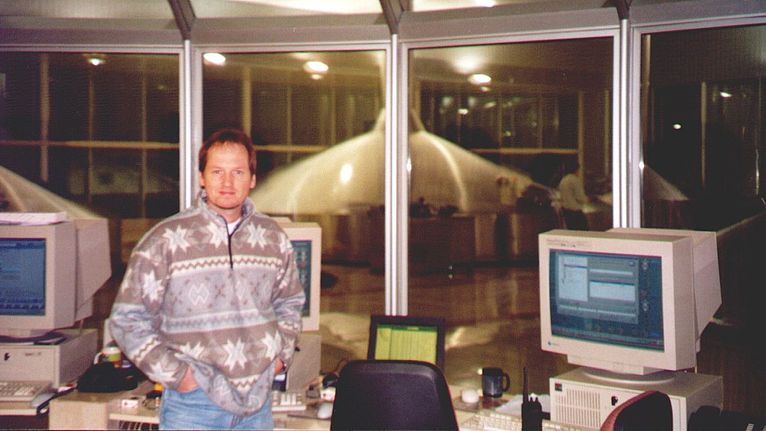 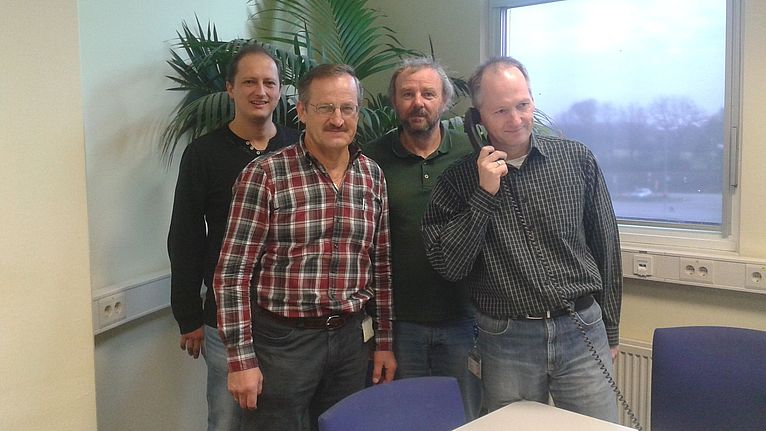 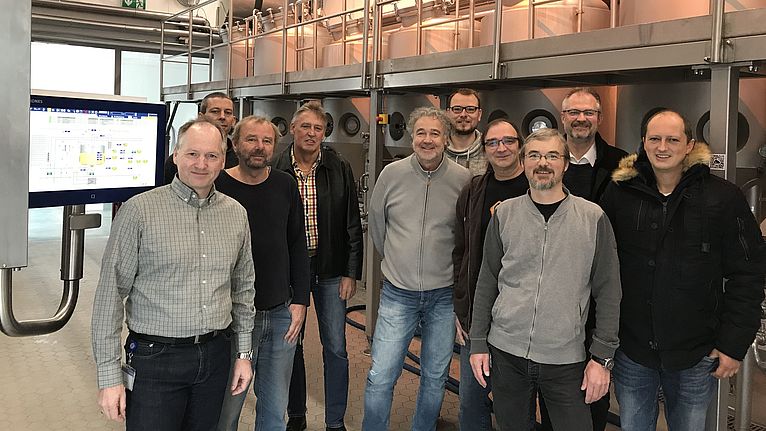 How has Botec developed over the last 25 years?

As well as using several generations of the process control system and different operating system variants, over the years we have also had to change the programming language. Today, Botec runs under Windows 10 (and of course also on the corresponding server operating systems) and is programmed in C# (which is pronounced “C-sharp”).

Over the course of time, major development steps included the complete switch of the system to a new automation platform and the integration of a database server in 2001.

Another thing that has changed, of course, is the time aspect. Back in the days, it could take up to 20 minutes for Botec to start.

However, one thing that has not changed in 25 years is the reliability of Botec. Usually, we always have two redundant systems or PCs running, one of which can fail and the other one can immediately intervene in an emergency, without any interruption to the plant. This principle can also be used to install updates during operation.

What is next for Botec, what new developments are planned – and what topics are you working on right now?

There are a lot of exciting topics: For example, Botec is to be made fit for use with S7-1500 controllers (Siemens TIA: Totally Integrated Automation). In this context, we are also planning to renew parts of the entire frame and equip them with new functions. IT security is also a major topic.

Botec can be used for all batch processes. What do you think is the most unusual or the most exciting project that Botec has been used on to date?

I remember a dairy in Lower Bavaria in Germany. The company only purchased the licences from us, and then did all the work to engineer and configure the plant with the software by itself. In the process, the existing system there will gradually be replaced by Botec. This is now the biggest installation of Botec anywhere in the world, and it is being continuously upgraded and expanded.

Another one of our projects that was very exciting was one in Barcelona, Spain, in which the valve manifold with over 1000 valves is completely controlled with Botec. The layout diagram for the plant is incredible. Incidentally, the plant has now been fully virtualised.

The plant in Johannesburg, South Africa, was also extremely unusual. Here we took the Botec add-on DynaRoute into operation (a type of navigation system for the piping system with automatic status management and different transfers). The large number of technological challenges made this plant one of the most difficult projects in my career. 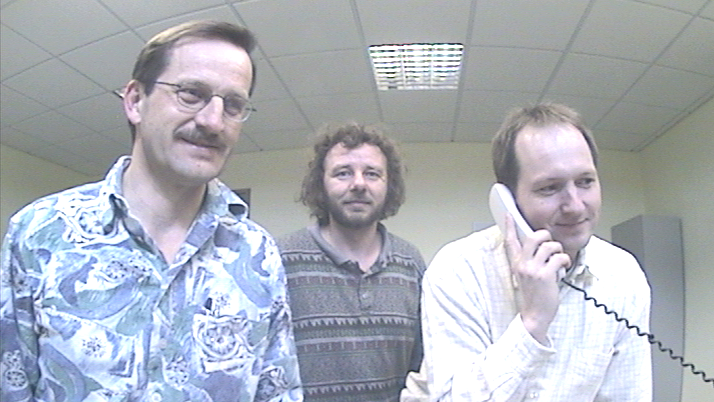 Easter-Egg: One of these pictures has always been hidden somewhere in Botec, and it can be uncovered with just one mouse click. Good luck with your search!

Do you have any special anecdotes you could share with us?

One thing that sticks in my mind is a trip with colleagues from our technical sales department to America. We took our complete equipment to a customer meeting many years ago, an entire S5 controller packaged in an aluminium case, a desktop PC with a "carry handle" on which we ran the demo system, and all kinds of unusual accessories. The staff at the airport were pretty astonished about our “luggage”, and we found it really difficult to explain what we needed all the equipment for. That was a really strange situation, because we thought they'd take all this stuff off our hands. But when we explained that all the gear would be used to brew beer, this broke the ice and they waved us through immigration with all our equipment.

What is your favourite beverage so far on which Botec has been used in the production process?

I don’t really come into contact with the end products. I can only say that the constantly changing test beers at the test centre in Freising are really tasty. Every aspect of the system is controlled with Botec. And by the way, customers can also produce and sample their own beers there as well.