Klaus Brutscher and Jonathan Knowles from Nestlé Deutschland AG plant in Biessenhofen were so kind and took the time for an interview, thus giving us an interesting look behind the scenes of the project realised in Biessenhofen.

Mr. Brutscher, would you please introduce your company.

Klaus Brutscher: Here at the Biessenhofen site we produce with about 650 employees under the slogan "World-class nutrition from Allgäu". We produce our hypoallergenic infant milk formula as powder, in cans, in pouches, in bag-in-box and also other liquid products and aseptically filled products in combibloc packages as well as PET and HDPE bottles. I would like to emphasize that we produce our 60,000 to 65,000 tons of products for 85 countries worldwide.

What was the reason for implementing a serialisation solution?

Klaus Brutscher: The project started in 2013, the impetus came from China. Regulations there have changed, and there has been a demand for tracking and tracing and one-to-one traceability of our infant milk nutrition products. Since we already had units from Krones in our line at that time, I approached Krones to find out whether we could jointly develop this technology here as a pilot project for Biessenhofen and for Nestlé.

What was the technical task for serialization?

Klaus Brutscher: As mentioned above, the legal requirements came from the market in China. It was required to capture the traceability proof for each individual can and a unique serial number in an individual QR code and then to aggregate these cans in the carton. This serialization and aggregation had to be integrated as a pilot project into our existing can line, which was also working at full capacity. At the Linatronic, we have developed a vibration-free and stable transport system for laser and scanning of the QR codes in many trials and tests, in order to code and counter-scan our cans and to be able to read them with the camera. The requirement here was to have a QR code with at least grading C, which meets high quality standards. In this pilot project, we also applied the QR code and the entire coding with CO2 laser to a laser-sensitive field on the carton, and improved readability using the Checkmat cameras from Krones. On our second canning line, it was then a matter of integrating this aggregation of the cans in the new cartoner from Krones, together with Krones and SYSKRON as line integrator. This was achieved at a continuous output of up to 320 cans per minute, and with practically no product losses and minimal rejects.

What is the technical solution for Line Diagnostics and Line Management?

Jonathan Knowles: The technologies we have installed with SYSKRON within this project include the data acquisition system Line Diagnostics and the line management system Line Management. We had already integrated part of the data acquisition system on canning line 1. However, this was still an old version and did not work very well. So we installed a new version for our canning line 2, including all 20 units on the line. Line Management is a little different from the classic Line Management System from Krones, since everything is installed in a Rockwell control system. We only had one canning line for the hypoallergenic powder factory at the time. The requirement, as Klaus has already explained, was that we had to install a serialisation system. We implemented this together with Rockwell and Krones in the form of a pilot project. But there was a second requirement in the form of performance. So we not only installed a second canning line, but also a completely new line. This included everything from the dry-mixing process to the connection to the palletiser and the connection to the depalletiser. This was the complete scope of the project around canning line 2, not just a serialisation project, but a completely new installation project.

Why did you decide to work with the Krones Group?

Jonathan Knowles: It's all connected, so we wanted a supplier who could cover the entire project most comprehensively. Of course, we also considered the offers of the competitors, and it was Krones' offer that convinced us the most.

Klaus Brutscher: What we learned for us and what led to our decision is the fact that we wanted a single point of contact.

How did the project proceed from your perspective?

Jonathan Knowles: There are always a few points in a project like this. The realisation of a complicated integration project never runs in a straight line. There were some things that we would repeat and some others that we would have to improve for future projects. We found the machine quality in general very good, as well as the software development, and we were also very satisfied with the SYSKRON staff at the site. There were other things we have to improve in the run-up to new projects, especially regarding the integration of third party machines or the preparation of the line diagnostic interfaces. That was a bit difficult.

Klaus Brutscher: The personal contact to all project engineers was very good. It was very direct and personal right from the start. That is really something that is crucial for me. Wherever possible, our requirements were always directly met. What I would like to emphasise in particular is that all technicians have at all times implemented our high safety and hygiene requirements.

Jonathan Knowles: I would just like to add that the understanding of the SYSKRON employees regarding our requirements, our system landscape and our lines in general is now very good. We have learned a lot from the two projects and I think that you have also learned something from us. 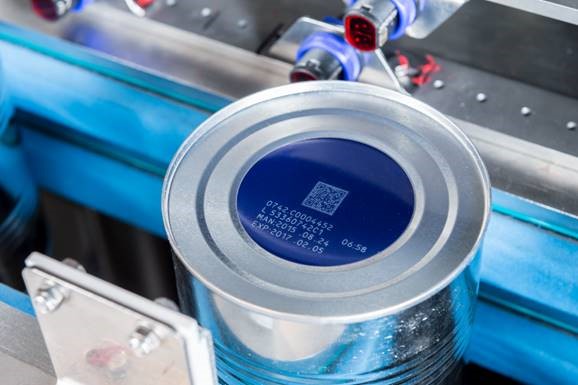 What conclusion do you draw from our cooperation?

Klaus Brutscher: We have now reached a level where we can actually knock on wood. We've already had feedback from some daily productions that we're getting better performance with serialisation than we did before. I think these are clear signs that we are on the right track.

Jonathan Knowles: Compared to the other serialisation systems I have seen at the competition, the usability of the SYSKRON system is much better.

Klaus Brutscher: I think the big plus here is that we were integrated right from the start in these two pilot projects with Krones and SYSKRON, and our wishes were often incorporated into the project planning. This is where I see the big advantage, among other things, in the ease of operation, because we programmed with SYSKRON on this basis. Our wishes were consulted and they were taken into account in many meetings and discussions.

What are your plans for the future?

Klaus Brutscher: I think that in the future we will talk a lot about digitalisation, especially with regard to new projects. But for me, too, there will be a lot more to come in terms of digitalisation in the next few years, for example with regard to machines. Here we are also talking about preventive maintenance measures, where we want to avoid unit and line failures or move up and plan maintenance. But we will continue to work not only in this area, but also in relation to "Industry 4.0", which we cannot close our eyes to.

Flexible, efficient, saving – make optimum use of machines and materials.

Monitor lines in real time and identify potential for optimisation.

The Nestlé Nutrition plant in Biessenhofen is part of Nestlé Deutschland AG and employs approximately 700 people. The site in the middle of Allgäu produces 57,000 tons of product, including the brands BEBA, Thomy, Buitoni. The Group is part of Nestlé S.A. and thus the largest food company in the world.